Making a Significant Difference in a Farmer's Life

It is often said, “The best things come to those who wait” and for years, Kenyan farmer Swaleh Juma Rashid whole-heartedly believed in those words. The problem was, he could not live by those words, because waiting was simply not something the smallholder farmer could do.

Swaleh farms nearly three acres in Kwale County along the south coast of Kenya, where the county’s agriculture ministry says livestock and fisheries contribute more than 80 percent of the community’s livelihoods. He cultivates bananas, maize, and green grams (mung beans) to support his wife and four children. Swaleh describes the standard of living in his community as “not poor but not middle class.” So much relies upon the price he gets when he sells his crops, and that is where waiting did not work.

Swaleh knew storing his grain for too long gave rodents and insects too much time to infest and cause post-harvest loss. Using chemicals to preserve the grain cost money which cut into his profits, and impacted the smell, taste, and quality of what he sold. As a result, Swaleh felt he had no choice but to sell soon after harvest, at the prevailing price of the day.

It seemed like an inevitable cycle until Swaleh was given an opportunity to participate in the Kenya Cereal Enhancement Programme (KCEP-CRAL), an e-voucher programme. The programme, which is a partnership between the Kenyan Government, the International Fund for Agricultural Development, and the EU, aims to help smallholder farmers learn about more productive farming techniques and post-harvest storage solutions. The goal is to increase food security and family income. As part of the program, Swaleh received GrainPro hermetic bags to hold his maize. And then, for the first time, he waited.

Eight months later, Swaleh says he sold his maize for double the price he would have received had he sold immediately after harvest. The hermetic bags had locked out any fresh oxygen ingress into the bag, resulting in suffocation of the insects and locked moisture in, so he had more good grain to sell. Swaleh’s farming changed and so did his life. 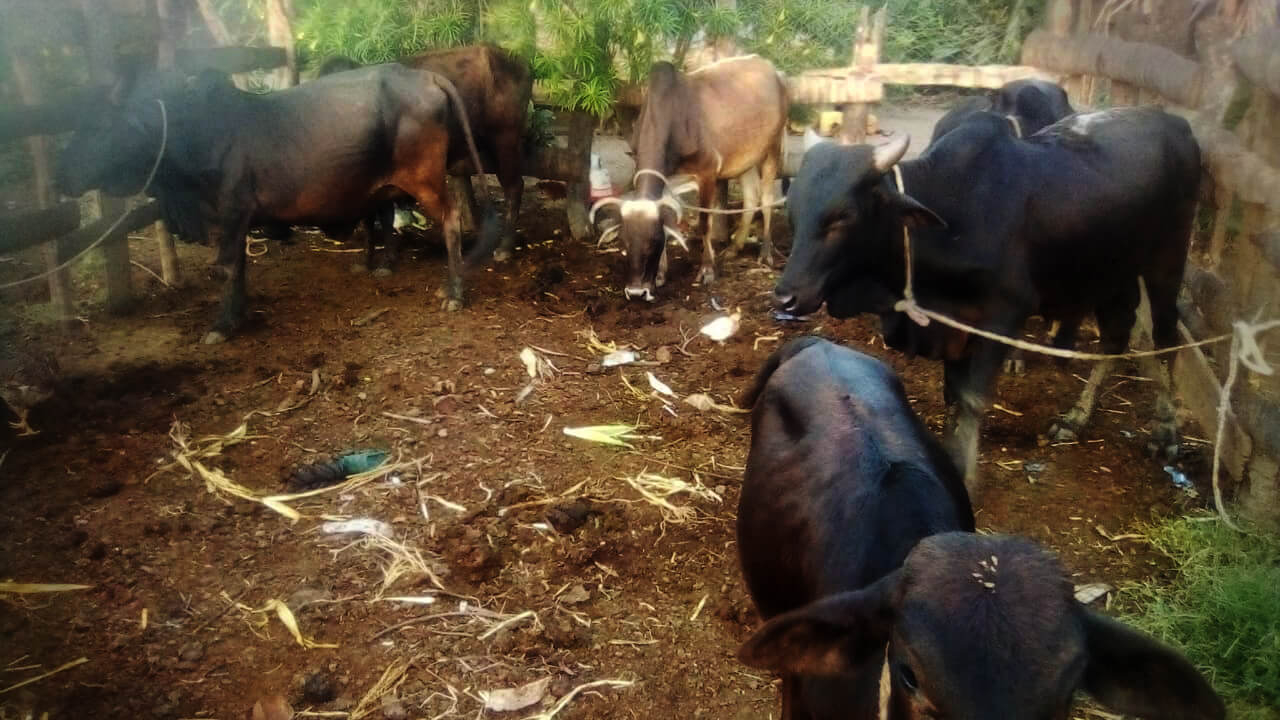 It was like a miracle,” Swaleh says. He did not expect to sell almost all the harvested farm produce. He was accustomed to losing about 100 kilograms of maize to rodents and weevils after each harvest. Changing his grain storage methods erased the losses and he used the extra money to expand his farming operation. He bought three cows, then three more. Now he says his family has more milk and meat to eat and the grain they use is healthier for them because it has not been preserved with chemicals. Increasing the household income as a result of increased grain sales has led to a better quality of life for Swaleh’s family. They were able to buy a television, expand their house, and provide more for the children. Swaleh even has a goal to save enough money to buy an automobile.

It sounds almost too good to be true. Swaleh says it is not. That is why you can now find him standing in front of neighbors gathered in a community building, demonstrating how to use GrainPro hermetic bags and urging them to try new ways of storing their grain. He wants them to understand that even a village united by generations of fishing and farming methods can realize it is ok to alter some traditions for the better. Swaleh is a ward administrator in his county, and he says he believes it is important to live by example. His new success, he says, “is solely due to the hermetic bags and people should take advantage of the same opportunity.

GrainPro sales promoter Albert Anyange, who works in Kenya with smallholder farmers, says Swaleh’s unsolicited endorsement matters to the community. Albert explains, “When a product is qualified by a leader, we earn the trust of the farmers.” The potential matters: according to a World Bank blog posting, currently Kwale County contributes just 1.1 percent of Kenya’s annual Gross Domestic Product. Swaleh Juma Rashid wants to see that number grow to improve life in his community and his County. He believes it is possible and that more good things are in store---now that he has learned how to wait for them.